After a long spate of cloudy and wet weather, it finally cleared enough for imaging on the night of Jan 4th/5th, 2019.  My last imaging session was just before Christmas, so it had been a while.

The imaging went reasonably well, just getting home was a little difficult due to car trouble, but I made it.  Then, I locked myself out the vehicle before I could unload my stuff.  Doh!   Oh, well… $60 bucks later I was busy working on this image (without getting any sleep, either. )    🙂

After doing the above images, i did another take on the star-freeze version with this cropped and more gaudy version  below.  I think it catches more of the extent of the whole comet like the star-streaks version does: 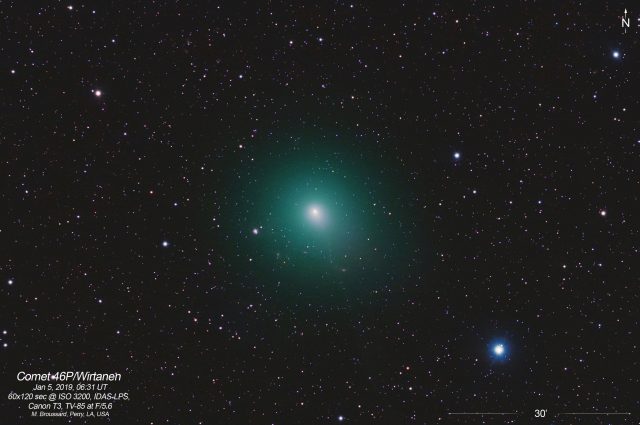 Speaking of the star-streak version, the one I did below is almost pristine.   I barely did anything to it.  It shows the ion tail much better than the first star-freeze versions, too: