As detailed in a previous article I wrote, I feel the mystery booms could be secret weapons tech being tested or used in either offensive/defensive modes by an elite group and their associated military assets who are presently in control of our planet.  That’s a logical assumption based on the characteristics of the booms and the areas in which they occur.

Some people might consider what I’m about to say is total BS, but I’ll go out on a limb here and outline a likely scenario:  This group is trying to deal with incursions of our airspace by unknown craft, which are not from any known terrestrial sources.  They are trying to find a way to disable these craft and have spared no expense in doing so.  Their goal is to obtain the technology involved. 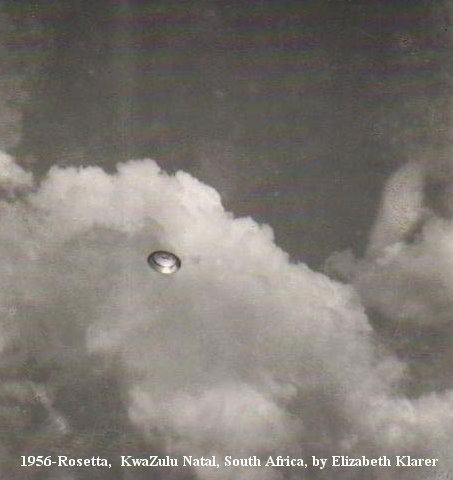 Everyday, people across the USA and other countries see and report these unknowns.  In many cases, the witnesses report that during or right after these unknowns are sighted, military aircraft or ground units show up and give chase.  Since it would be counter productive for the military to be chasing their own stuff, a certain percentage of these unknowns are probably not part of the elites’ military assets.

Since the military probably found out that their conventional weapons are ineffective against these incursions, they’ve been working on something unconventional that might be effective.  The most exotic unconventional tech the elite group’s military assets have found is “Electrogravitics.”  This tech has been in development by the secret military since the 1950′s and is based on work by scientists like Nicola Tesla, T. Townsend Brown and recently, Dr. E. Podkletnov.  It could also be based on some captured NAZI WWII tech as well as some reverse engineering of tech associated with UFO crash retrievals.

In a nutshell, electrogravitics is technology that can simulate gravity-like fields, either attractive or repulsive. Electrogravitics can be used for propulsion, kinetic-like weapons, force fields and force beams as well as many other uses. High-voltage/high frequency electrical currents, strongly rotating electromagnetic fields and ultra powerful capacitors as well as high-temp superconductors are used when implementing this technology.

For instance, a superconducting ceramic disc energized by an extremely short but powerful electrical pulse in the right configuration can generate a beam of repulsive, gravity-like force (anti-gravity) that can propagate through any matter.  The previously mentioned scientist, Dr. E. Podkletnov, is working on this type of tech in the civilian area.  He claims to be able to knock holes through cement walls with the force generated by his device and do it from a considerable distance, too.

So, this group is trying to knock these unknowns from the sky using exotic tech similar to what the unknowns are using for their propulsion.  IMO, there’s a secret war being fought and exotic technology is being used to fight it. Since the incursions have increased as of late, the elite military assets have secretly been shooting at the unknowns more and more and are causing the booms.

The beam weapon mentioned above can shoot through the Earth from distances of up to 200 km or more and when the impulse travels through the Earth below some populated area, a boom is heard, similar to a small earthquake.  As the beam emerges from the ground, trees or animals in the way get cut in half, much like what was reported in the Michigan area at the end of May 2012.  (As an aside, is it possible that the recent rash of sinkholes appearing all over has anything to do with the use of these weapons?)

You may disregard what I’m saying here, but I assure you that this technology is real and is being used.  I would bet that the above scenario is pretty close to what is, in fact, happening.  Now, the question becomes, why has no retaliatory action been taken by the ones being fired upon?

A good explanation is detailed by Dr. Steven Greer, in one of his latest blog posts.  I tend to agree with his assumptions.  As he puts it, “the truth is ET civilizations are concerned with our hostility and potential threat to the cosmos- not the other way around.”   You can thank the greedy NWO elite for that.   They are so hell bent on maintaining their control of the world and its people, that they would start an interplanetary war, if that were possible.   In fact, a false-flag alien invasion scenario is most probably their final card they will play in the drive to create their evil New World Order.  But, everyone must remember, as usual for the NWO psychopaths, it will all be pure baloney!