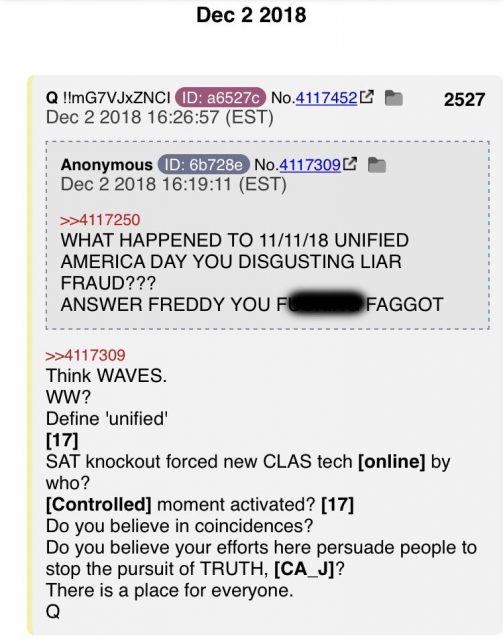 I keep coming back to this Q post about 11-11-18.   Something about the wording that I want to point out.

Q says the event was World Wide and had to do with “waves” and “unified.”  The only thing that makes sense here, besides the seismic event on that day (see the image below,)  is he is talking about a Grand Unified Field Theory.  Fields are waves.  So, it would be a theory based on waves and would unify all the forces of Nature under one umbrella. 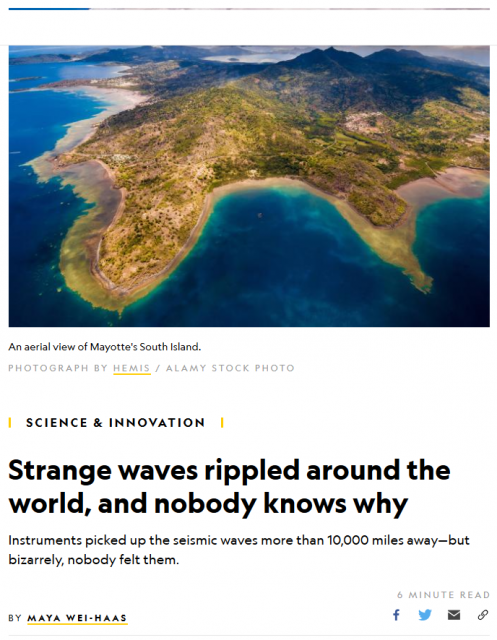 I’ve studied this for years.  Only one theory I’ve read is completely unified and describes waves.   That is the Dirac Sea of Negative Energy theory as expounded upon about by DL Hotson and originated by Paul Dirac.

Dirac, a very famous physicist, is probably best known for an equation called the Relativistic Schrodinger Wave Equation for the hydrogen atom.  That equation tied Relativity to Schrodinger’s wave/field equations for electromagnetism.  Complex math/geometry/calculus, etc., which I barely understand, underpins it.   But, the gist of the equation was that it solved all the waving states of the hydrogen atom and lots of physical properties about the two parts of a Hydrogen atom, the electron and proton, could be deduced from it.

The curious part were the solutions.  Yes, plural.   There were four “root” solutions that could not be reduced further and all four were valid according to Dirac.  The first was a description of one particle we already knew; the electron.   The second was something with opposite charge to the electron, which at first Dirac thought was the proton.  But, it wasn’t.  It was the anti-electron, otherwise known as the positron, which is also called anti-matter.   This was figured out by Dirac before the positron was discovered in labs.   So, Dirac was definitely on to something since he predicted a particle that turned out to be real.

The next two solutions were somewhat more perplexing, because they were not on the positive side of the equals sign in terms of energy.  You would think measuring energy starts at zero and then increments up to higher and higher levels of it.      But, Dirac’s math says you could also go the other way.  In other words, go below zero and have increasing amounts of “negative energy.”

All the other physicists at the time said it was a spurious result due to the formalism of the math involved.  They thought that side of the equation was not describing real things  So, what happened when the other leading physicists incorporated Dirac’s math into Quantum Mechanics and the Standard Theory of particles?    They threw away the negative energy root solutions and forgot about them!   I kid you not.

Dirac didn’t forget and he proposed that the negative energy roots were describing a real condition of a part of the Universe and these were real particles.   In fact, it was a completely unseen and unnoticed half of the whole Universe that no one knew about.  Essentially, the two solutions were just like the first two, an electron and a positron, but with negative energy and inhabiting dimensions at right angles to ours.  They are dimensions that are described with the imaginary number, “i” (the square root of a negative number.) 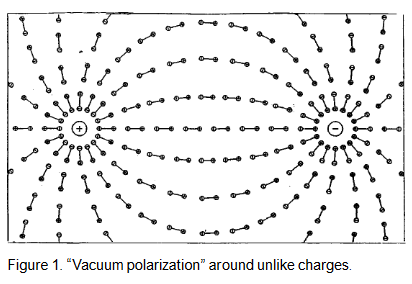 To cut a long story short, Dirac proposed a completely filled, “Sea of Negative Energy,” that was totally opposite to our empty space of the vacuum.  In these dimensions, negative energy electrons and positrons fill every crack and crevice and there is no empty space.  Since they are of opposite charge, they attract one another, but before they touch, they go into orbit about each other and form something known as, “Positronium, ” which is kind of like an atom of sorts.

What ends up “waving” are all of these positronium “atoms” in the negative energy space and they cause all the effects of everything from gravity, the strong nuclear force, electromagnetism, speed of light, photons, etc, etc..  In essence, this realm comprises the “Aether” that physicists have long ago said was not real, since we could not see or touch it.

The predictive power of the theory is it simplifies everything in the Universe  by using only one particle – the electron – that has four states.  Different combinations of positive energy positrons and electrons and negative energy positrons and electrons comprise everything that is known and it all works in a 10-dimensional matrix of 3 regular dimensions, the dimension of time, and 6 dimensions of vibration or degrees of freedom that are at right angles to our own.

The Negative Energy Sea is the solid material that waves to transmit physical motion of the sea into all the electromagnetic effects we can measure, as well as mediating the forces between protons, neutrons, electrons, then up to atoms, and molecules and finally to all matter in our part of the Universe.  There is only one force – the  electromagnet one.  It drives all processes in normal space via the electromagnetic interaction of normal space with the Sea of Negative Energy and that is why the Universe works the way it does. 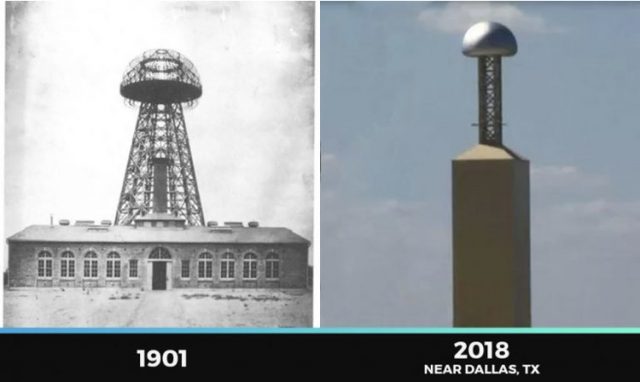 Why go through all the above to explain what Q is trying to convey in that drop?   The Unified Field Theory of Everything has been suppressed and we were and are being purposely sent down the wrong path when it comes to physics and our understanding of the Universe.  It is another Dark to Light revelation that needs to come out before we can make progress as a species.

The hoarding of truth and its replacement with lies by the satanic cabal needs to be ended, once and for all.   Q is trying to tell us that in this post.  This most critical area of science has been kept from us for too long.   Just think of the progress we could make if we were on the right track with a new Grand Unified Theory of Everything that actually works!